How is The Speed Of Computer Measured?

As we know that computer is a very fast machine which can perform calculations and process data at an enormously high speed. But the speed of computer

The speed of computer can be measured by following different ways:- 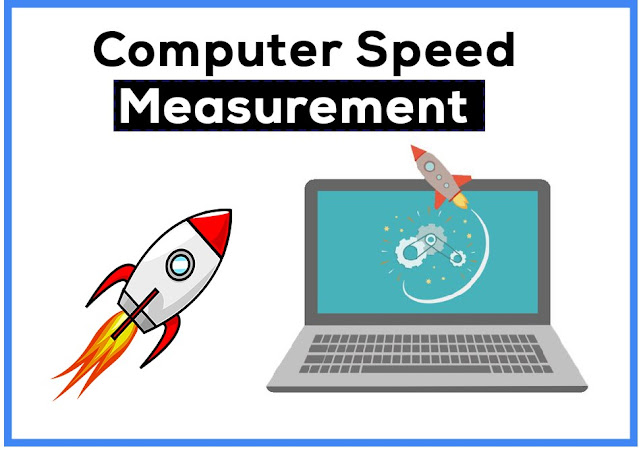 The first way of describing a processor is to say how  many bits it processes in a single instruction or transports across the processor's bus in a single cycle (not not exactly correct but close enough). The number of bits used in the instructions and registers and how many bits the buses and transferred simultaneously is usually expressed in multiples of 8 bits. It is possible for the registers and the busto have different sizes. Current chip designs  64 bits (as of 2008). More bits usually mean more processing capability and more speed.

The third way of describing a processor is to say how many execution cores have in the chip. The most advanced chips today have 8 execution cores. More execution cores means you can get more work done at the same time but it does not necessarily mean a single program will run faster.

To put it another way, a processor with 1 execution core might be able to run your MP3 music, your web browser, a graphics program and that's about it starts to slow down enough, it's not worth it running more programs.

A system with a processor with 8 cores could run all that plus 10 more applications without even seeming to slow down (of course, this assumes you had enough time to load all of the software at the same time). More execution cores means more processing capability, but not necessarily more speed.

As of 2020 the most advanced processor (Intel Core i9 990KS) available are 64 bit processor with 8 cores running as fast as 5.0 GHz. Intel Core i9 9980XE has released 18-cores and 36-threads. It absolutely destroys all its competitors on the market.

The main measurement voted by manufacturers as a supposed indication of processing speed, is the clock speed of the chip measured in hertz. The theory goes that the higher the number of mega or gigahertz, the faster the processor.

Comparing raw speed is not always a good comparison between the chips. Counting how many instructions are processed per second (MIPS, BIPS, and TIPS for millions and billions of instructions per second) is a better measurement. Still others use the number of mathematical calculations per second to rate the speed of a processor.

Bandwidth is the capacity of any communications link to transfer the maximum amount of data from one point to another over a computer network or internet connection in a given amount of time -- usually 1 second. Synonymously with capacity, bandwidth describes the data transfer rate. Bandwidth is not a measure of network speed. It means the amount of information that can be sent each second over a network connection. Bandwith can be measured in terms of bps, Kbps, Mbps, or Gbps.

If you found our article helpful then please consider sharing and commenting. Your support is incredible and priceless. Stay tuned for more interesting and useful articles. Thankyou for your visit here.